This guide may be out of date. The guide author did not update it for more than 6 month.
For the most up-to-date information please refer to the Kallari Build Guide

This guide was not updated since May-23 and does not reflect current state of the game. Look for updated Kallari Build Guides like this one.

I have been maining Kallari since the launch of the game. This is my build.  Its glass cannon.  Not for everyone.

I made a montage of my latest 25-2 victory.  Click below to check it out!!

Kallari is all about BIG hits and then GTFO in my style, that is why every one of my cards has a 15.2 damage increase.  To me raw damage is best for her.  The biggest downfall to this build is you WILL be squishy.  If you find yourself out of position you will probably be screwed.

The biggest thing you need to remember when playing Kallari(especially with this build) is that you aren’t a frontline fighter.  It is your job to take out squishy high DPS.  Positioning is one of the biggest mistakes I see enemy Kallaris make. 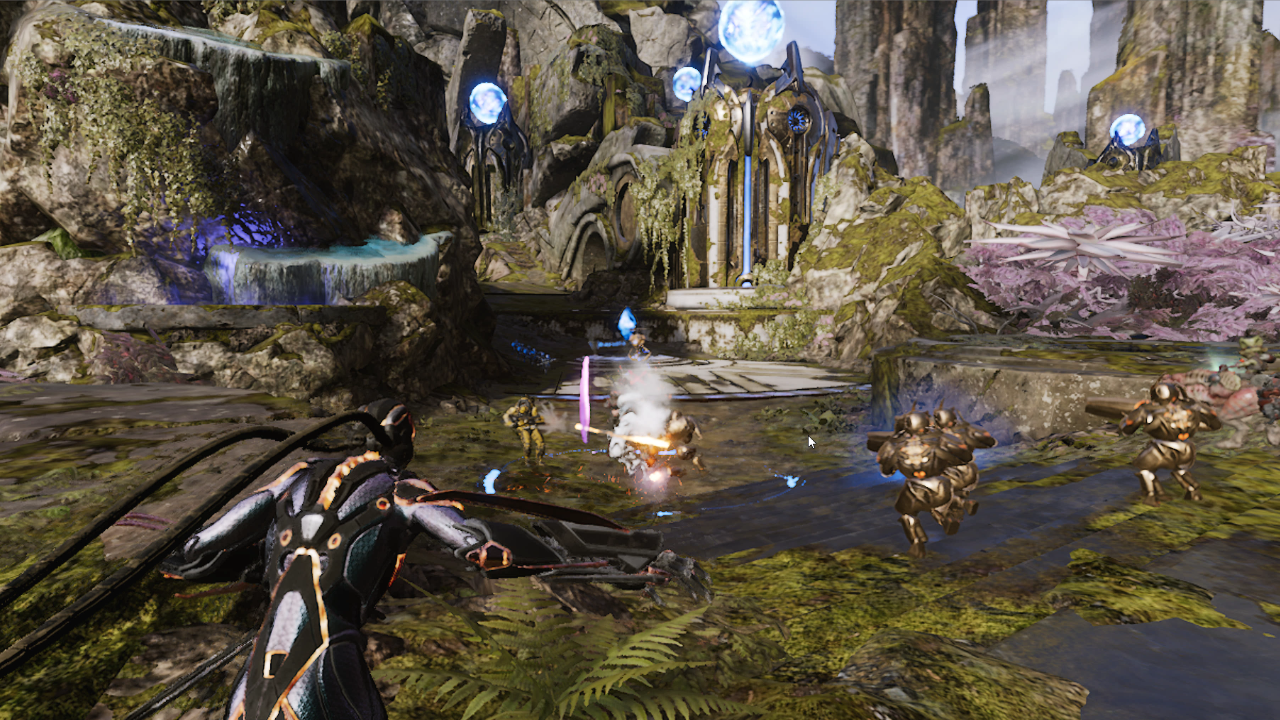 In this picture I notice Steel is within kill range.  I come out of the jungle behind him and manage to get an easy kill with a dagger throw. 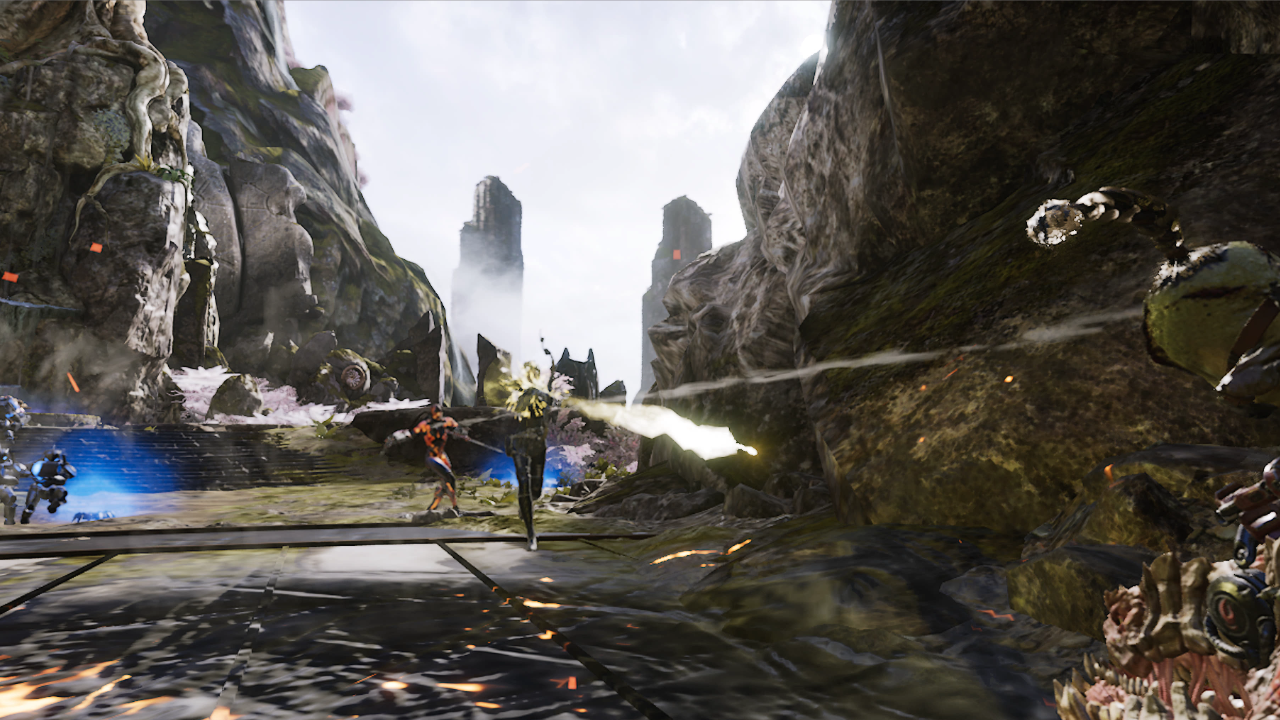 Here I notice Sparrow going in for the kill on my team’s Iggy.  I get myself in position behind her without her even noticing me. 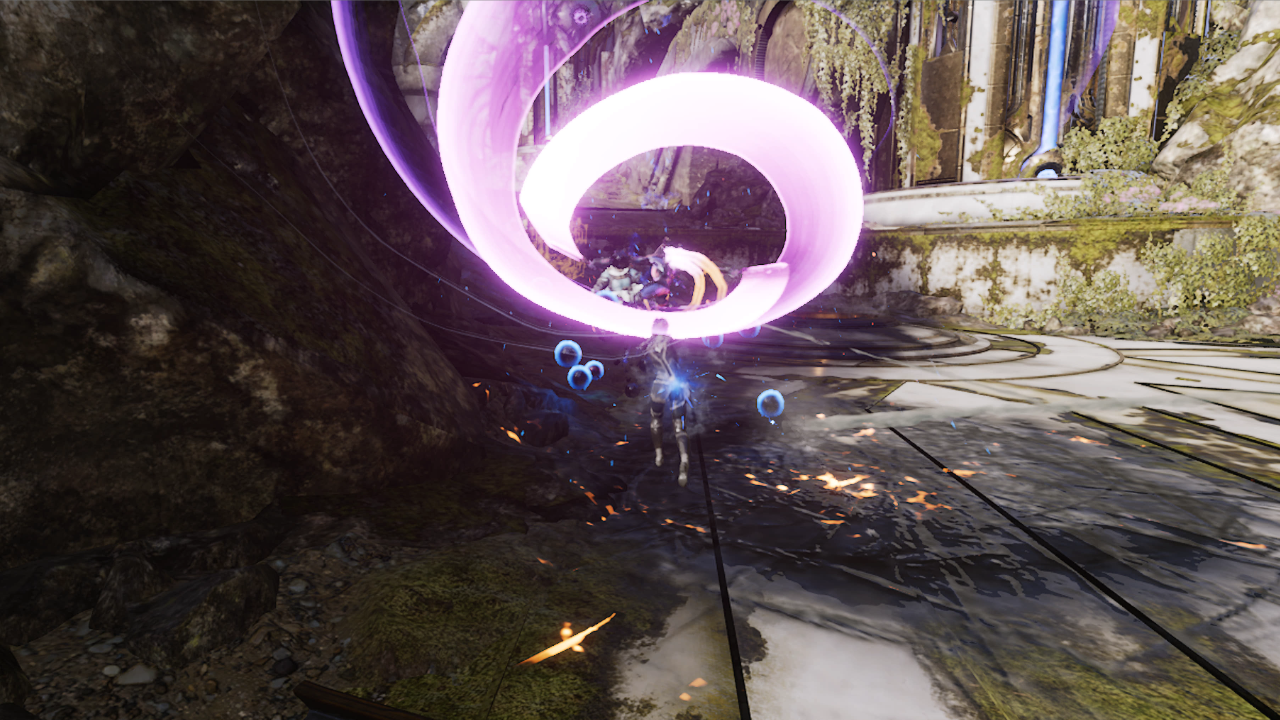 I get her with a dagger throw and an Ult, allowing Iggy to finish the kill. 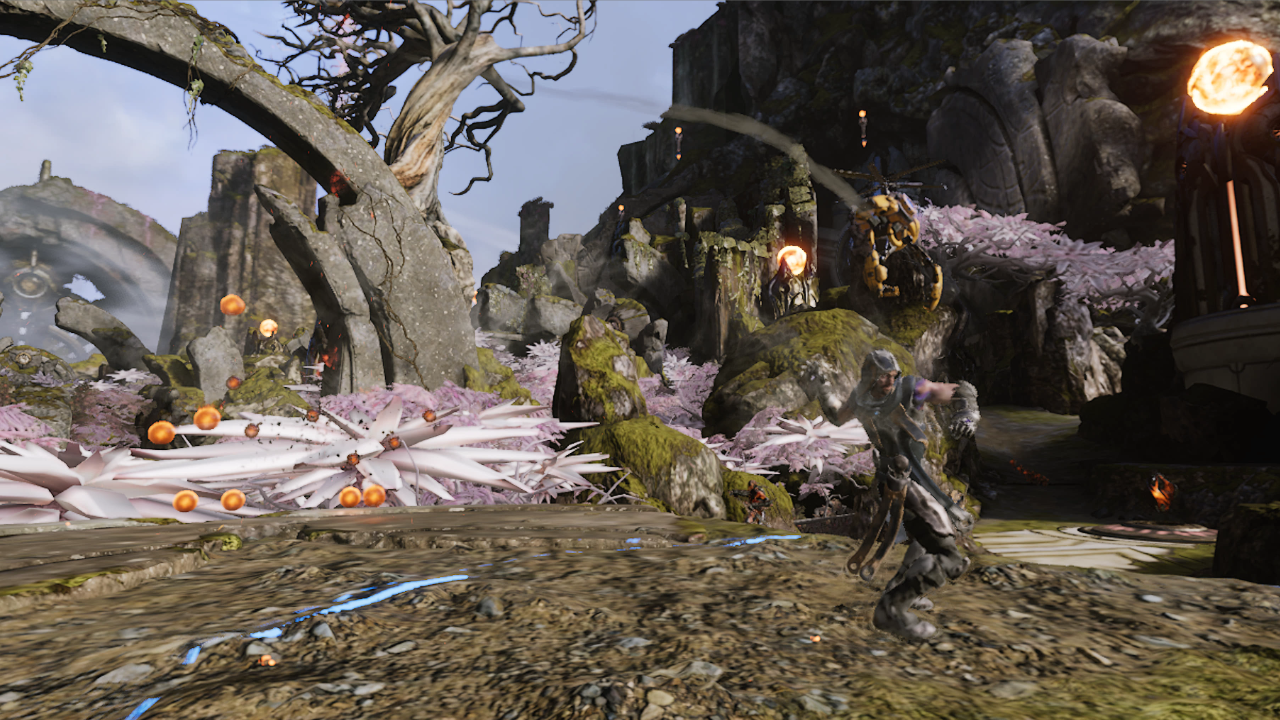 In this picture we have just taken down Sparrow and our Murdock has landed his Ult on Gideon.  I have positioned myself behind the fight in order to clean up any injured enemies attempting to get back to their tower. 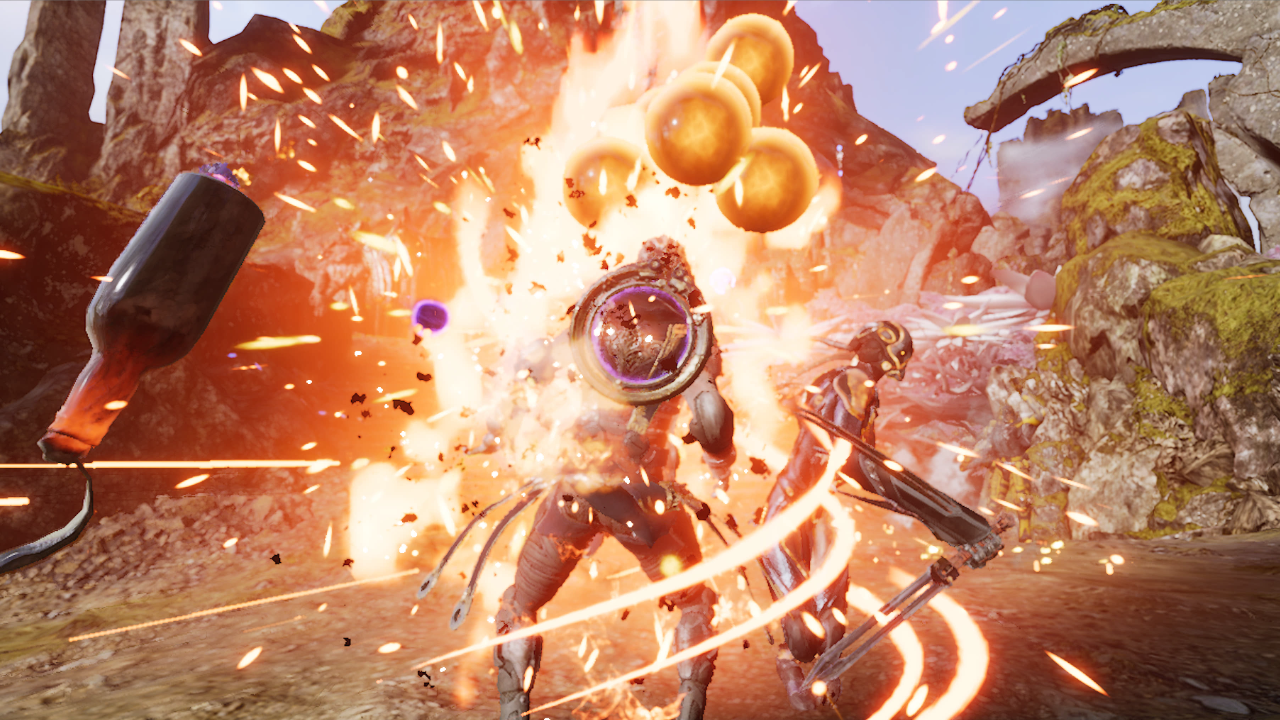 Gideon uses his teleport but I am waiting for him just before his tower to finish him off.

As Kallari your job is to finish kills.  You can use your stealth and jump in order to catch up with a fleeing enemy player. 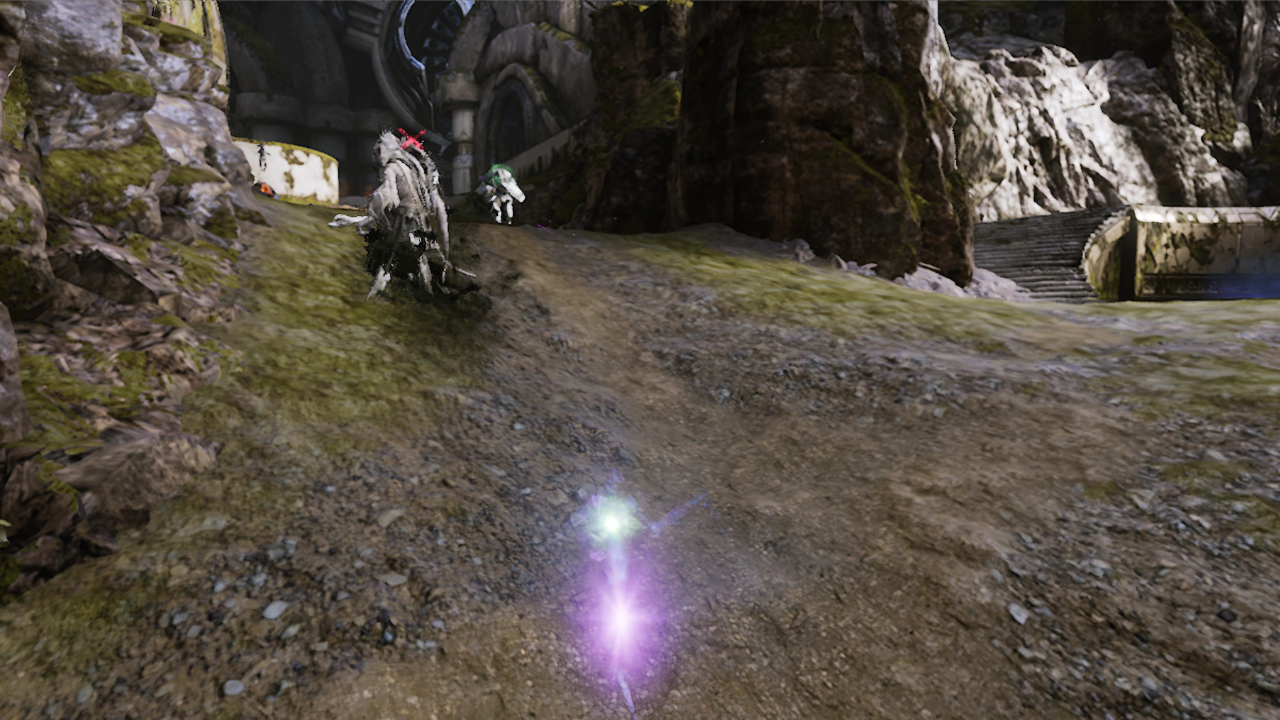 In this picture Severog is about to get to his tower.  I land a dagger throw to prevent him from getting in travel mode and use my stealth to gain movement speed to get myself in position to finish him off. 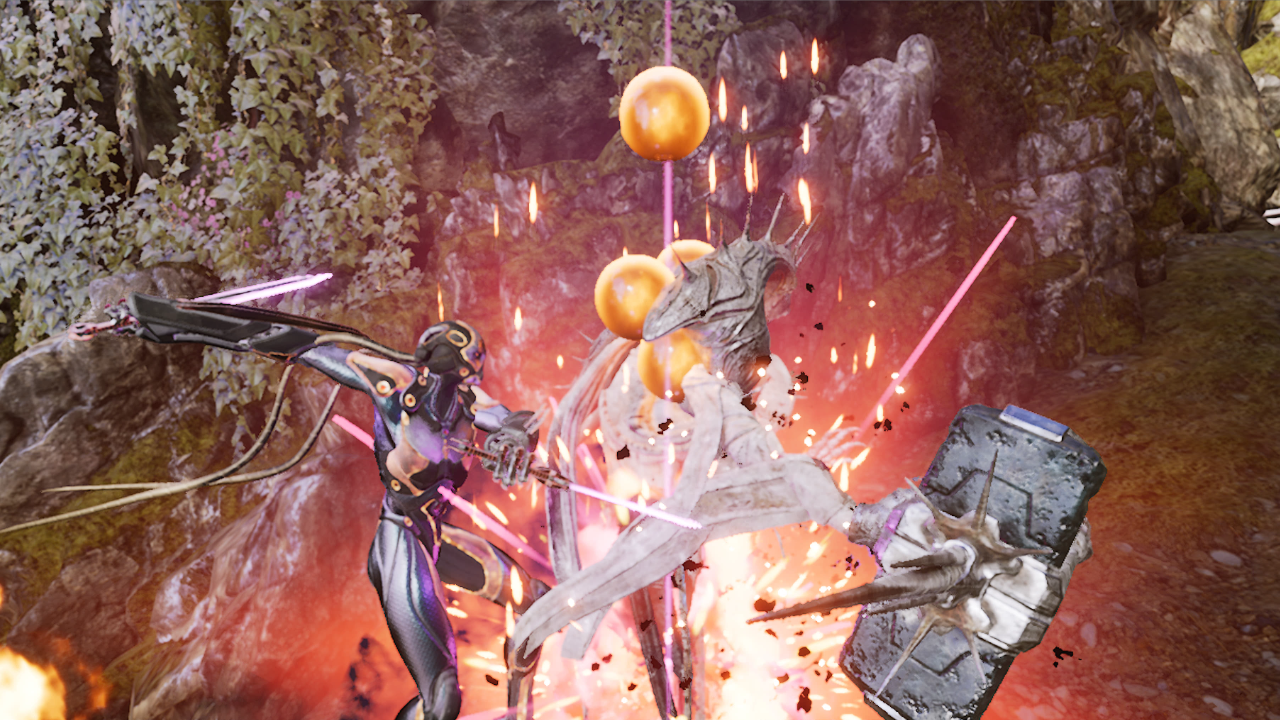 Once in range I manage to use my Ult to finish him off just before he makes it back to safety. 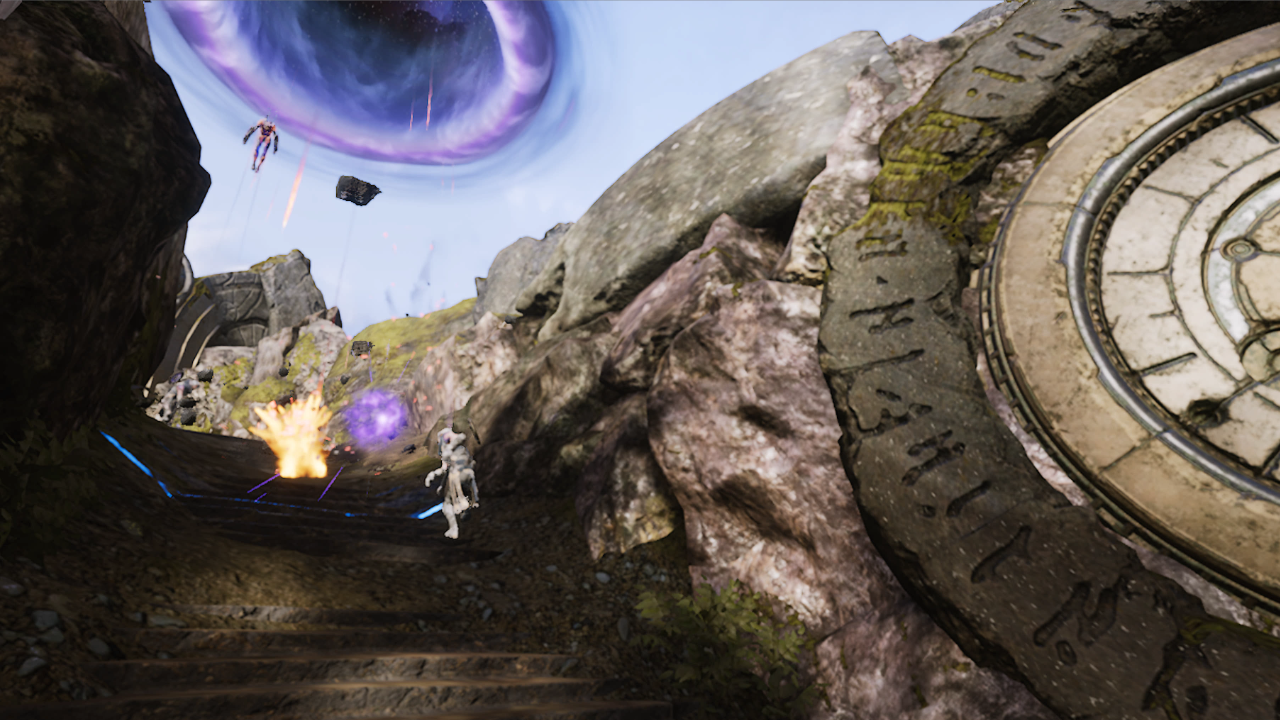 In this picture Gideon has used his teleport to get out of range.  I use my Jump in order to catch up with him. 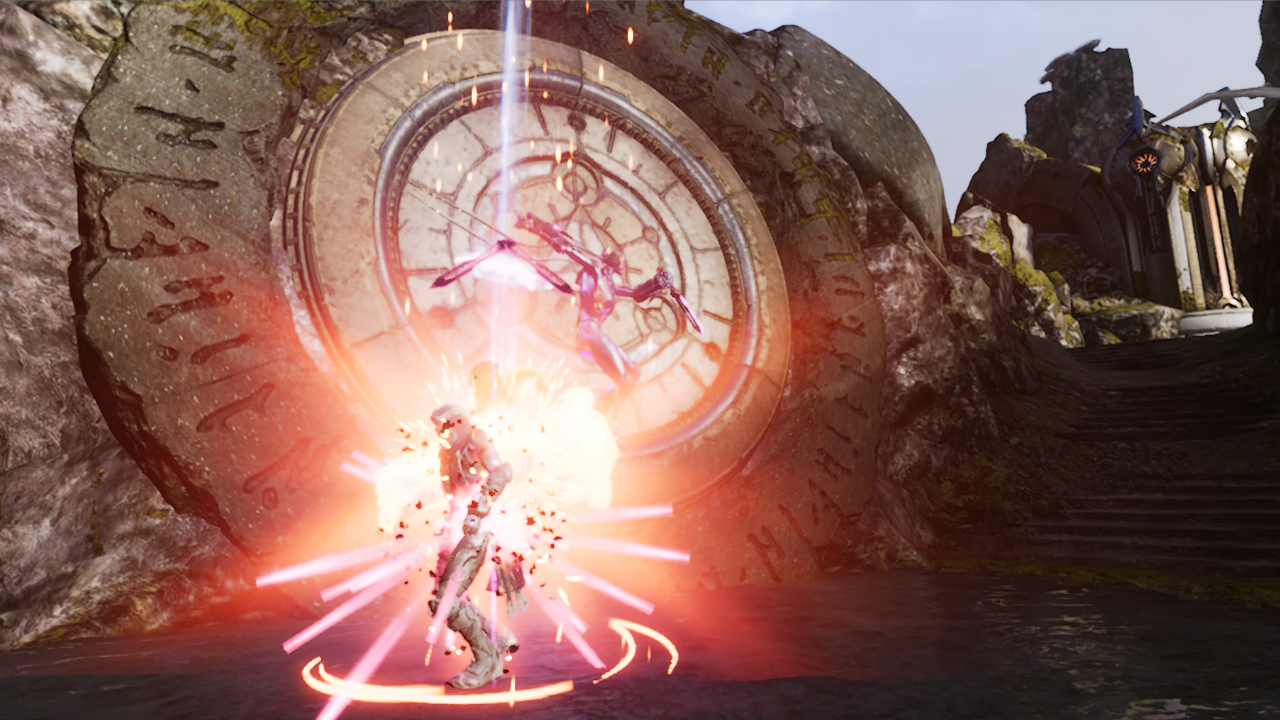 Gideon makes a fatal mistake and turns around to drop a meteor.  This allows me to get in range to use my Ult on him and take him out.

Some of Kallari’s abilities can be hard to land.  You can use the enemies abilities to make it easier to land them.  When an enemy is trying to line up an ability they will sometimes slow down or even stop.  Making it easy to land a dagger throw or and Ult. 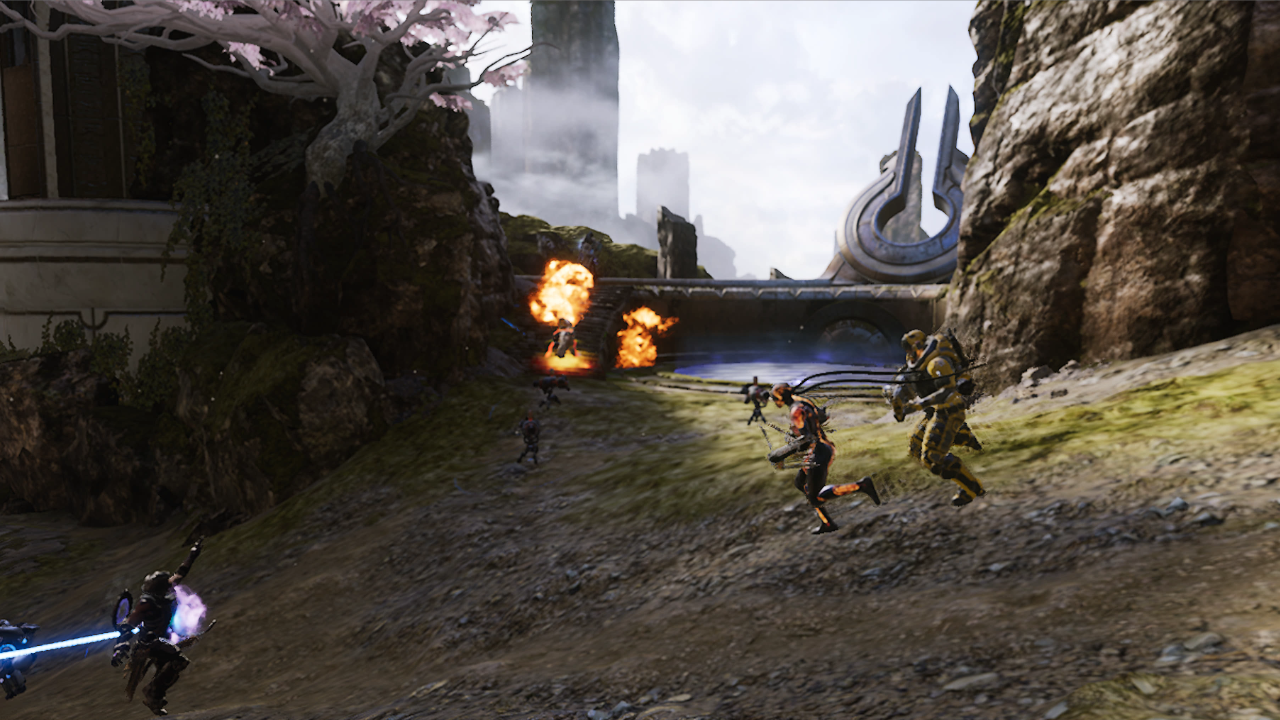 In this picture Gideon attempts to drop a meteor on Murdock and I.  I notice that while he is doing this he has stopped moving. 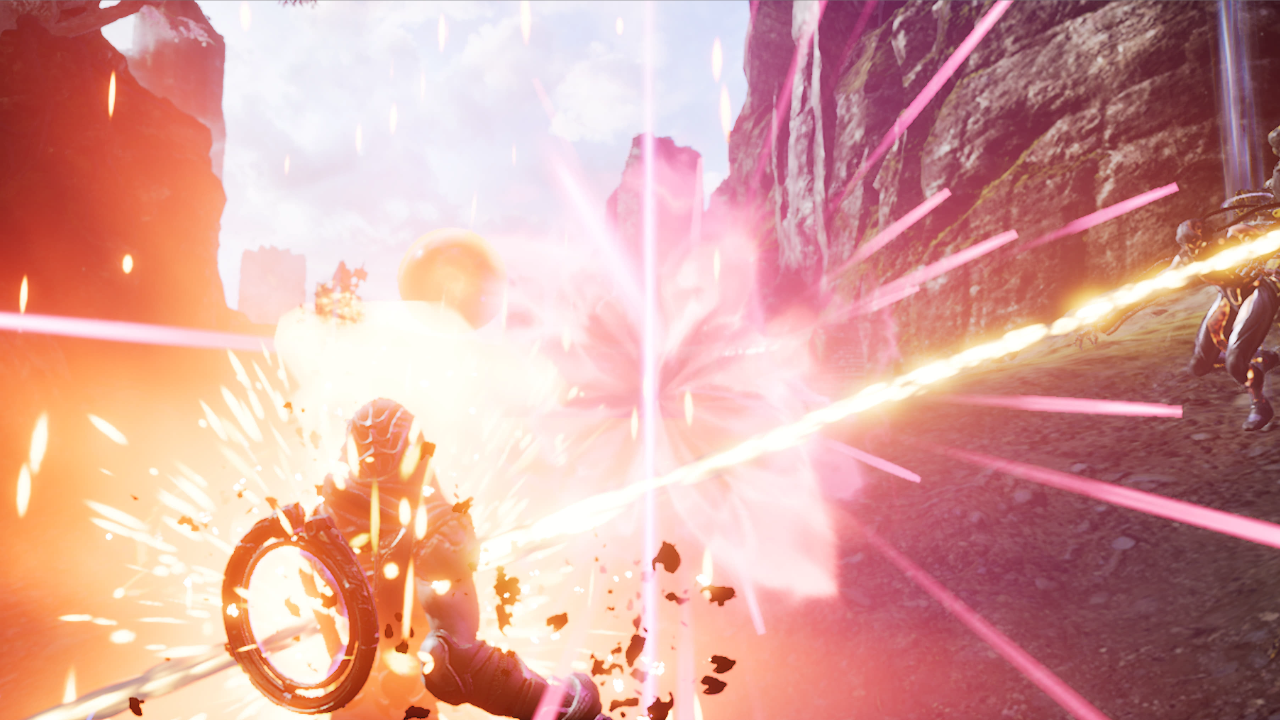 This allows Murdock and I to unload on him and secure an easy kill.

USE BOTTLENECKS TO YOUR ADVANTAGE 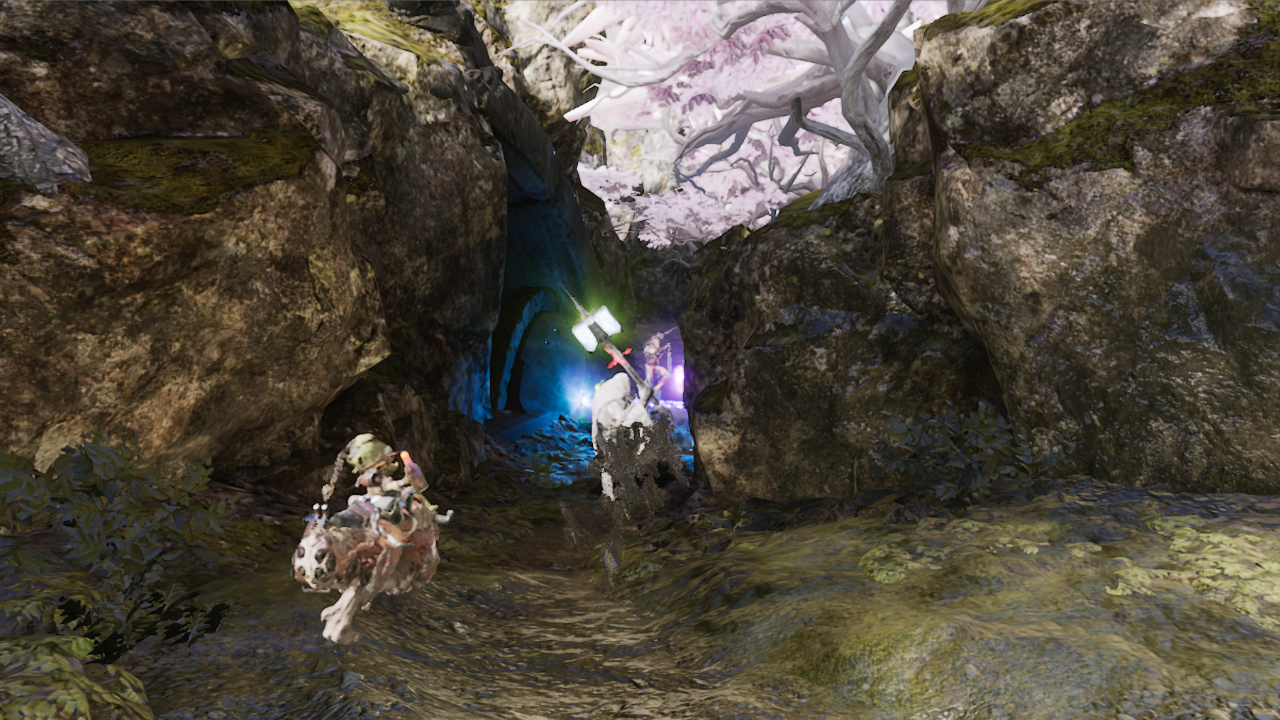 In this picture Severog and Iggy are chasing my team.  I wait for both of them to be in the bottleneck. 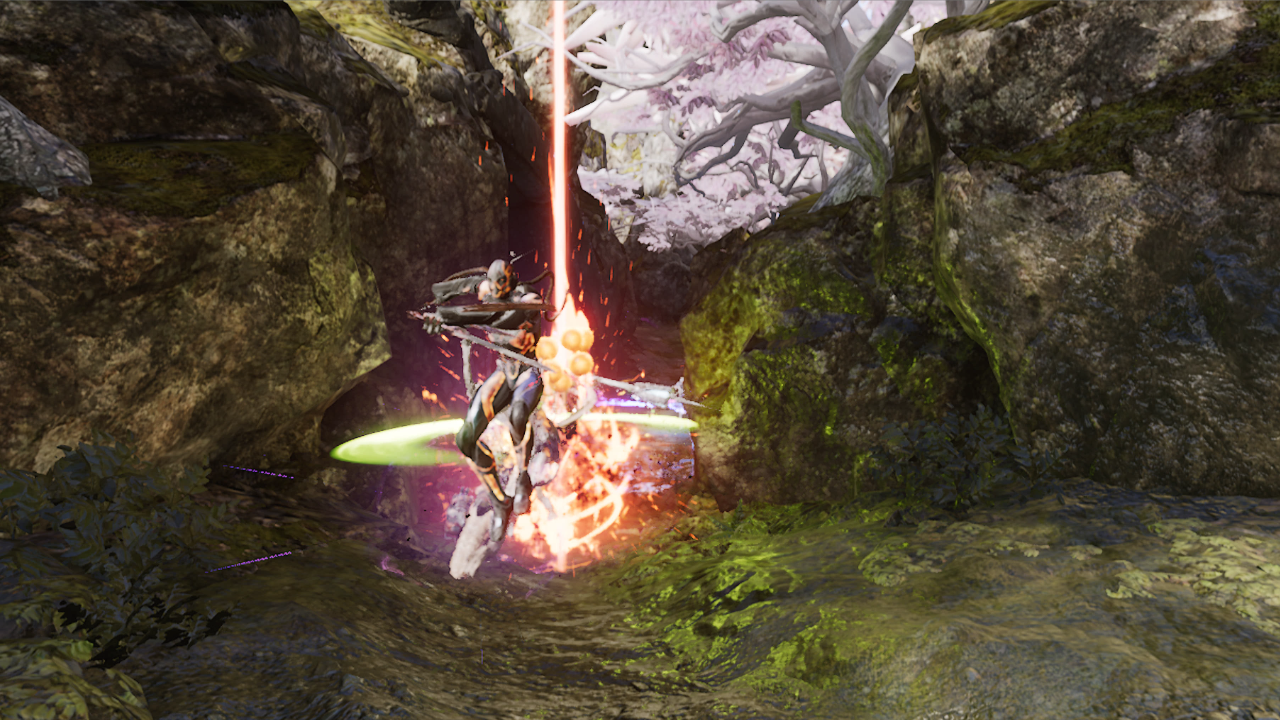 I manage to catch both Iggy and Severog in my Ult and kill Severog and critically injure Iggy, allowing my team to finish him off.

Hitting an enemy in travel mode and locking them down makes it extremely easy for you and your team to finish them off.  Waiting in bottlenecks or around corners where the enemy is heading can be very effective. 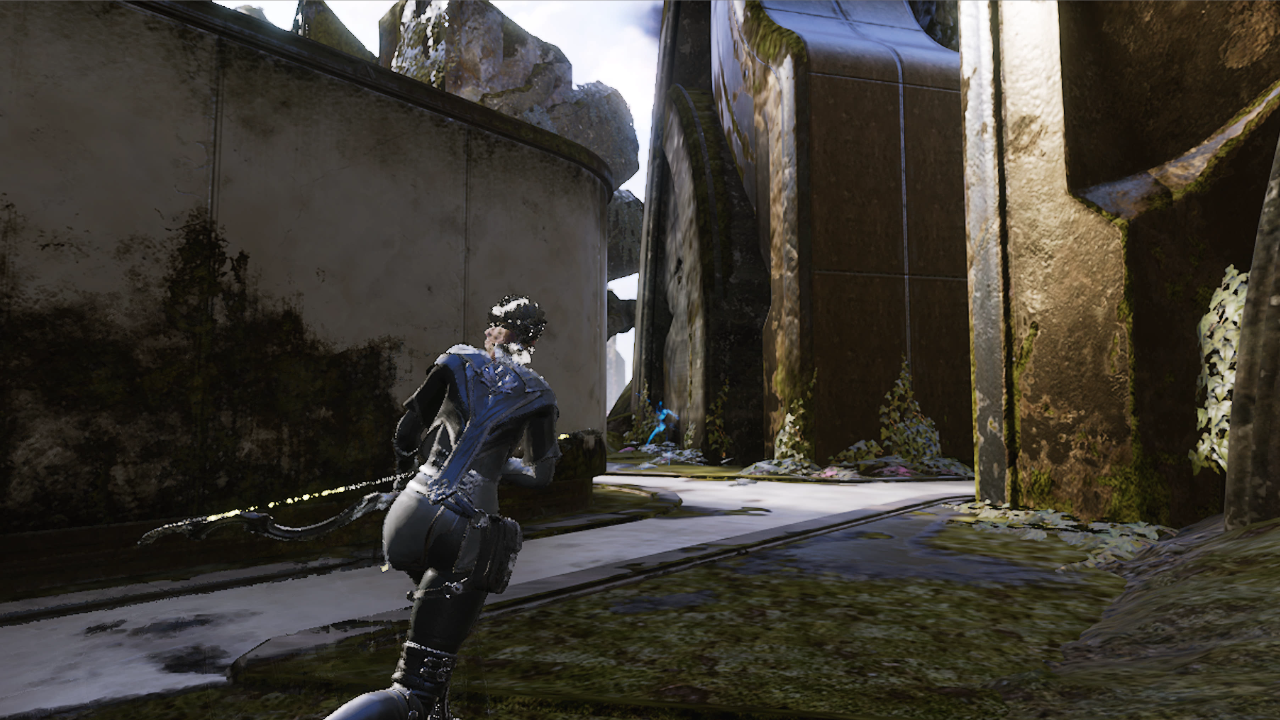 In this picture my team is attacking the enemy’s middle inhibitor.  I notice Sparrow is in the right lane and is probably going to head to mid in order to stop us.  I put myself in the bottleneck between Sparrow and her middle Inhibitor. 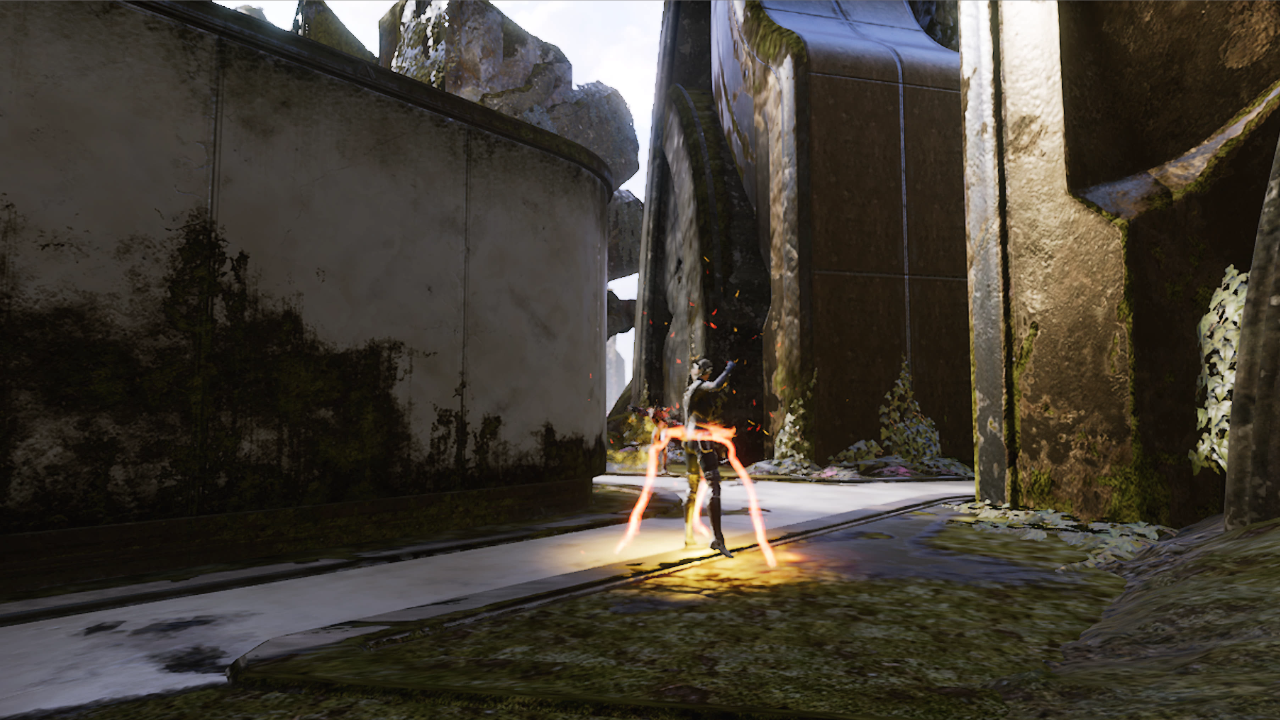 As she comes around the corner I manage to land a dagger throw and pin her down. 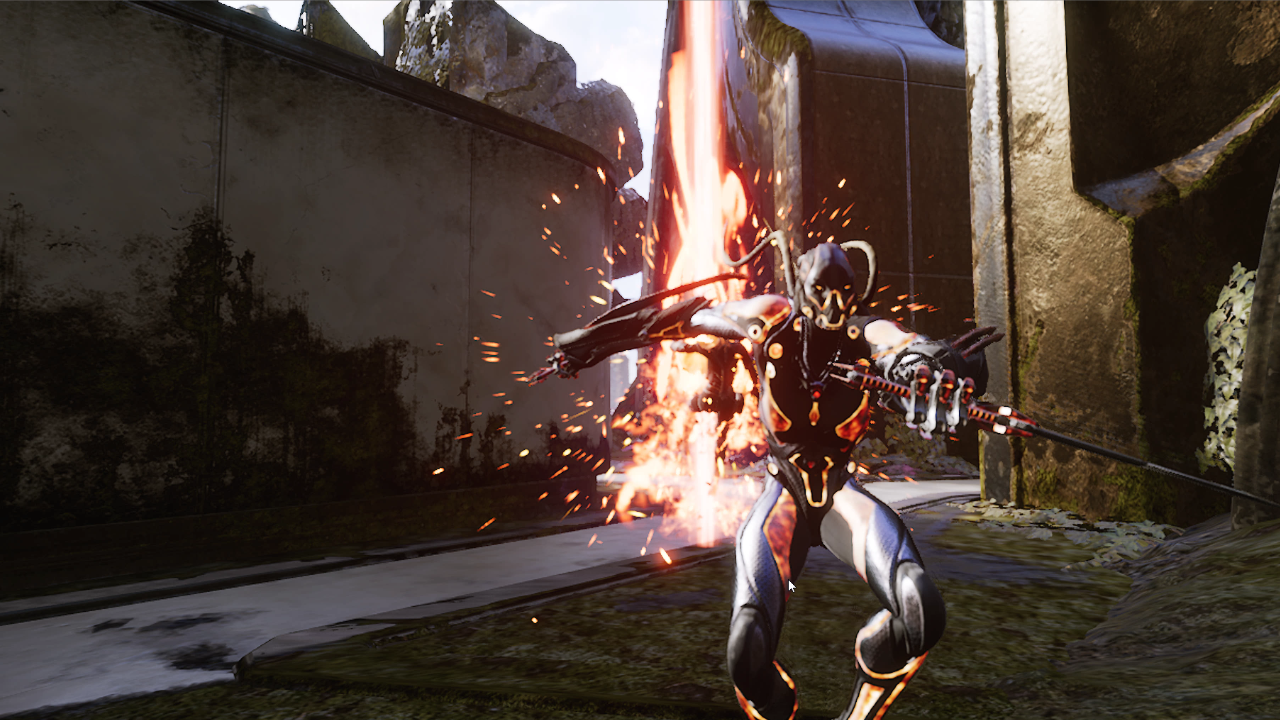 With sparrow locked to the ground I can easily land an Ult and take her out before she can do any damage to me or my team.

I personally have rekeybound from the default.  A is stealth, and D is dagger throw, I find this easier, but its up to you.  I don’t usualy stealth into situations because Kallari’s stealth is so loud.  It is usually easier to just sprint in, use R on a NONtank and stealth if you get a kill, or try a quick dagger throw to finish them off followed by a jump if you miss and a stealth if you land it and get a kill then.  It is worth noting that Kallari can use her jump to get up on the higher places and take people out.  I have even gotten lucky and taken out Howitzer during his special before.  A lot of DPS think they are safe up high and aren’t moving as much to try to avoid you.

I honestly don’t remember exactly what order I upgrade in.  I do use the standard priority though, R>D,A,LMB,RMB.  The biggest two for me are dagger and ult, LMB is mainly for jungle, I don’t LMB players a lot because that isn’t what Kallari is meant for in my opinion.

EARLY GAME(GET YOUR HARVESTERS UP!!!)

Early game I try to focus on jungle and early ganks if the enemy team is overextending.  I try to get my team to get a red buff, then off to theirs to pick off stragglers, then some white camps, at 3 cards I drop a harvester and hearth back to base, then come back out and drop a 2nd harvester on the other side and either jungle or gank, depending on what is happening, at 6 minutes I go back to base again to grab a MajorSrike and head left or right to put up another harvester(I prefer to go to one that has an enemy so I can try to help with a kill there).

After lvl 5 I am constantly trying to keep R on CD.  If it is up I am searching for someone to use it on.  Usually mid game im just hurting someone bad enough that they have to pull back and my laner gets ahead a little bit.

Late game I am looking for the teamfight and trying to take out key players.  Murdock is always my main priority, that character can rape whole teams, he needs to die.  If Murdock isn’t there I am looking for someone low that is a NONtank(I cannot stress this enough, don’t waste ur R on a tank.. in my opinion it just isn’t worth it.  If he is really low he will run or die.. if he isn’t u just wasted a kill on a more squishy person)

The reason I choose 3 Adamant and 3 fountain is because they both add 15.2 damage fully upgraded.  I want my R to hit as hard as I can.  The Fountain Spikes help a lot with mana, there is nothing worse than seeing a dark grey R on your UI because your out of mana. I don’t have any health cards because as Kallari you shouldn’t be getting hit a lot in the first place, and if you do health cards wont help much late game.  Late game good Murdocks,Sparrow,Twinblast are hitting close to 1-2k a hit. I don’t see the point of adding 300/600/900HP to take a few extra hits when I can stack damage and almost 1 shot anyone of them late game.  I also have no Crit cards as far as I know(correct me if I’m wrong) only LMB can crit, Kallari isn’t an LMB champ.  The only time I LMB an enemy player is if 1.  I know I have 1-2 teammates with me on the target, 2.  They literally only need 1 hit to die or 3. I happen to run passed them in the jungle.

THESE TIPS APPLY TO ALL CHAMPS.

The main thing is play as a team.  Help each other.  At the end of the game the only stat that really matters is W/L.  If you didn’t get a single kill but you were there for every team fight and helped your team to the best of your abilities you wont hear any complaints at the end of the game.  No matter how good you are if you don’t play as a team you wont win.  Id rather have 4 bronze players that play as a team and help each other than have 4 gold players that think they know it all and I never see them.

Anyways that’s it for now guys, if you guys like my style and wanna play add me “Stabbysantaa”.  I don’t play much during the week but Friday nights I play a lot.  I am looking for more cool people to play with.