Iggy and Scorch are an inseparable pair that just want to set the world on fire. Together they are powerful casters that control areas and dominate lanes. Iggy and Scorch thrive on setting traps for enemies and lighting them up with oil and fire. Focus on buying cards that increase your energy damage and mana.

Early game use your Flame Turrets to control your lane and zone out the enemy. Placing Turrets in the path of gankers is a great defensive tactic. Oil Spill is your primary source of burst damage and coating an area with oil. Any of your fire abilities can ignite the oil and say your enemies ablaze. Oil Slick will give you a small burst of speed and leave a trail of oil behind you. Use this to help you get out of bad situation or to bring your enemy.

Iggy and Scorch’s ultimate is Flame Belch. Iggy feeds Scorch a Molotov causing him to spew flame from his mouth. Once the flames dies out he lets a huge Belch knocking enemies away.

When playing Iggy and Scorch you wanna bait enemies into bad situations. Set up your Flame Turrets in an area and harass your enemy. Once they fall into your trap use Oil Slick to get behind your target and turn up the heat with the Flame Belch

It’s time to play with fire… 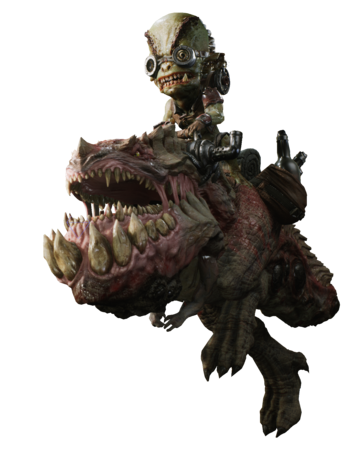 Iggy & Scorch is a pure caster with strong battleground control with his Turrets and area damage. He is good in cleaning waves of minions and preventing back-dooring. I’n’S has a pretty specific game mechanics so make sure to check out below sections of Abilities Analysis and Tips and Tricks. He has Energy damage scaling with the most significant multiply factor put on Turrets.

Iggy’s pal Scorch has flammable Oil coursing through his veins that can be applied to enemies. When an enemy is hit with Oil and comes into contact with fire, the Oil is consumed and 1 stack of Burn is applied.

Iggy lobs a ranged flaming molotov bottle that explodes on impact and leaves a tiny pool of fire on the ground for a short time. This ability can Ignite Oil.

Damage of Iggy’s basic attack scales insignificantly with Energy Damage cards. Only 0.3375 and remains constant with ability upgrade. Therefore Molotov can be easily left without any upgrades for the sake of other more valuable abilities.

Scorch gains a brief speed boost and leaves a trail of flammable oil on the ground behind him that can be ignited by fire. The trail applies Oil to enemies who walk on it.

This is can be treated as an escape ability but not very reliable one. Speed boost that it gives is not that significant and not pretty long. However it is better than nothing and should be considered for upgrade.

Speed boost scaling with the ability level looks like this 90 + 3*lvl. So maxed out Oil Slick will give Iggy and Scorch 180 Speed Boost.

Iggy throws out a Flame Turret that sprays fire and can Ignite Oil. Turrets have limited fuel and health. They will auto-attack any enemy in range (prioritizing enemy Heroes) and will self destruct when out of fuel. Damage is dealt in a thin arc hitting all enemies standing in a straight line. Leveling the ability allows Iggy to place more turrets simultaneously.

Main Area Control ability of this Hero. Iggy is limited in how many turrets he can have simultaneously. This number increases with the ability level up to 3 turrets on level 3 of ability. Further ability upgrades will increase damage and duration but not the amount of Turrets. When Iggy places a turret while having maximum amount of them already placed the oldest of them will automatically self-destruct.

Maximum amount of turrets Iggy and Scorch can have is 3.

Enemy minions are not attacking turrets [to be confirmed]. Tough enemy towers do attack them unless there is a hero in range. In other words Iggy can’t prolong his presence in an enemy tower’s range by placing a Turret. Note that a Turret will not attack an enemy tower but may cause it to aggro at Iggy if attacked an enemy hero.

If both Iggy and a Turret are within an enemy tower’s range and an enemy Hero is damaged by a Turret then Iggy will get aggro. Not that Turret.

Turret is invisible inside a Shadow Pools so it’s a good place to set up traps. Just note their limited life-time.

During laning phase place turrets in such a way to maximize the number of minions in the arc of Turret’s fire. If there are no allied minions place a turret right on the path of an enemy wave. This way it will be hitting 3-4 minions simultaneously.

When there is an enemy Hero on the same lane with Iggy place turrets close to allied minions to make it harder for an enemy to destroy them.

3 hits of any damage are needed to destroy a turret.

Scorch hacks up an oil blob and spits it at a ground-targeted location. When the Oil Spill lands it creates an area that applies Oil to enemies. The Oil can be ignited by fire to deal damage in a single burst.

Iggy feeds Scorch one of his Molotovs and Scorch begins to spew flames from his mouth dealing fire damage to enemies in front of him. At the end of the duration Scorch belches, creating a giant explosion that does large damage and knocks enemies back. The ability can be re-triggered to end early and activate the belch.

Upgrading abilities for Iggy and Scorch should be based on the following thoughts:

As it was already stated Iggy is a caster with Energy Damage scaling. He does not rely on auto-attacks due to poor scaling and the main damage output comes from Turrets. For this reason there is no value in investing into Crit or Attack Speed. It is better to focus Energy Damage as much as possible adding Mana, Health and Energy Penetration depending on situation.

However is another option to be considered if there is a second Mana Pot in your deck: 2x Mana Potion + Scout’s Ward.
This will allow Iggy to stay in the lane longer and get back to base with more CP. Ward is required to mitigate absence of Healing Pot by preventing possible ganking (do not forget to watch the mini-map).

Main focus is on Energy Damage cards. If possible take Staff Of Adamant or Wellspring Staff and max them with 1CP upgrades to get bonus Energy Damage.

Next keep increasing Iggy’s Damage considering the following cards based on the situation on Agora battlefield:

By the end game all the “starter hand” equipment cards shall be sold in favor of cards with better upgrades. Remember that initially they were used with low-cost upgrades just to speed up bonus energy damage from fully upgraded cards.

Gameplay with Iggy and Scorch

Help your team get Red Buff. Place a turret on a nearby Shadow Pool in order to prevent a gank from an enemy team.

Early game Iggy and Scorch has two controversial tasks. One is to push a lane and another is to avoid diving deep into the first enemy tower to prevent ganks. It is recommended to take a Scout’s Ward as one of the 1st cards to mitigate lack of escape abilities early in the game.

It can also be an option to rotate from lane to lane if you have no significant pressure towards your towers and help teammates laning with Flame Turrets.

There are multiple ways to play mid-game. One of them is a split-push when Iggy moves to a lane opposite to where is the most of enemies are and makes them pay for not defending a different lane. With all the utility and AoE damage Iggy and Scorch have you can push lanes pretty quickly just be aware of where the enemies are and do not forget your wards.

Another good option would be to group with a couple of teammates and support them with your turrets from the backline and protect from back-dooring.

Do not forget to get into the jungle. Iggy can get benefit from the Blue Buff since it helps to deal with mana drain from intensive abilities utilization. Note that Iggy can take Buff Camps nearly instantly already on ~6-7 level by placing 2  Flame Turrets and using an  Oil Spill for initiation.

Pretty similar to the mid-game. Lane pushing to make enemy always feel pressure left or right. Use wards to protect Iggy from being back-stubbed. Help teammates with objectives especially with Prime.

Tips and Tricks with Iggy and Scorch

Watch for Dekker to apply an ult and set your  Flame Turrets close to the middle of the fence to ensure there is no safe place inside. Finish off with an  Oil Spill.

Steel has a lot of tools to keep an enemy in range of your turrets. His  Punch and  Shield Slam can convince any Enemy to have a good warm near Iggy’s Turrets.