Murdock is a Ranger who relies on his basic attacks to deal high single target damage. Murdock’s abilities offer different types of utility and allow him to lane safely.

When playing Murdock, focus on Power and Critical Strike Chance.

Murdock may shoot slower than other Rangers but he hits like a truck.

Use your Static Trap to secure key pathways or control an area. Buckshot deals damage in a cone and can be used to push objectives. If an enemy decides to jump you, use your Move Along to knock them back.

Murdock’s Ultimate, Long Arm of the Law, is a powerful laser that can hit enemies a lane away. It also passes through any enemy, object or terrain. Use your Ultimate to pick off low-health targets, push enemies back or even support allies in a teamfight.

Late game, approach fights carefully, analyze the threat and eliminate the enemy. Plan your attacks to get the upper hand on your enemy.

Fires a blast in a cone that deals Ability Damage and pushes enemies away up to a maximum of 700 units.

Buckshot is an instant ability with medium range. You can do “frame skipping” with it putting Buckshot in between of your basic attacks. This way the fire rate of your Plasma Bolt is not impacted and you get a DPS spike.

Utility. Buckshot is a multi-purpose ability which can be used for:

How it works. When you look at an enemy Hero who has below 25% of HP you will get a movement speed boost. When the effect is applied you will hear an audio cue and see visual effect applied on Murdock.

Hot Pursuit is a very specific passive. It helps only to chase an enemy which is not always a good idea since it can easily bring you out of position.

Murdock takes a knee and zooms in on a distant target. Upon confirming, Murdock fires a long range laser from his gun that passes through any enemy, object or terrain. Ignores Hero armor. Can be canceled if basic attack is double-pressed/double-clicked immediately after activating

One of longest damage dealing ability in Paragon so far. Similarly to Morigesh with her Curse or to Kallari with her Death Sentence Murdock can reach anyone anywhere.

Long Arm of the Law can be used not only to support allies on a neighbor lane but also for picking off an enemy who has left a fight on low HP but didn’t retreat too far to teleport to the base. If you manage to see this enemy you can shoot through anything and get a kill. In this regard if you have Morigesh in your team keep an eye on enemies affected by her Hive ability. It gives you vision and possibility to use your Ultimate effectively.

Additionally this ultimate can finish structures and although it is not what you normally want to do but using Long Arm of the Law on structures may bring you win. See an example below: 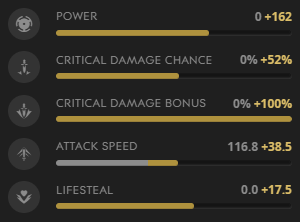 This is a special deck. “Anti-heal”. 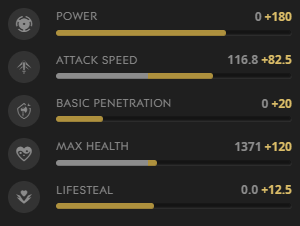 As always it is good to take Red buff to help with early laning phase and receive quick CP. Use your Static Trap to ensure an enemy team is not ganking while your team is doing this objective. Early game it is easier to take either side lane since it is easier to cover ramps with Static Traps. In the middle lane you might need up to 5 traps to protect yourself.

When you get your ultimate you have possibility to join any teamfight while staying on a lane. Make sure your teammates know if you are going to rotate to join a teamfight or if you are planning to stay laning. One of your main goals in the mid game will be getting CP as fast as possible to be more impactful.

Time for joining teamfights if you are not doing so. If you have significant CP lead you will be melting down opponents. But make sure you have enough protection from your allies. Never dive in since your Move Along works OK against a single enemy but will not help against two or more unless you are extremely lucky guy.

Tips and Tricks with Murdock

Dekker‘s Stasis Bomb makes a perfect target for landing a precise Long Arm of the Law. Prepare your ultimate in advance and monitor enemy movements. You will clearly see when Dekker applies her Bomb and an enemy she was able to hit. Land your ultimate instantly.

Similar to what’s described above for Dekker. When Steel charges up for his Shield Slam you need to select a target in range of his ultimate and shoot right when they are knockedup. Aim at legs so that you target is perfectly in the middle of your laser when they are back down to the ground.

Long Arm of the Law

The only problem I have with is, is that people have the ability to change what you write. So, either a troll or someone who doesn’t like you has the option to edit your hard work. Idk if I wanna take the time to write out a guide if it could all be erased. 🙁

@SmokeyJay, go ahead and try 🙂 I do mean it.

Let’s see if you are able to really harm anything.

@SmokeyJay, to add to that. The whole idea is in the fact that a regular user is not able to overwrite anything without an approval from moderator (like you for example). Moderator has an ability to diff any version with any so that even some slightest changes are tracked. So there is even no sense in wasting time for trolling as it won’t go anywhere except moderator who just removes that “harmful” version and that’s it.

@George, Ah, I understand whatcha mean now. So every revision is tracked and we have the ability to undo. That makes me feel a lot better lol! Already a step ahead of me that’s great! Keep up the good work George.

@George, Haha was just a test to see how it was gonna work out. Defiantly going to get on top of this, been playing a crap ton of Murdock lately. Expecting a nerf this upcoming patch sadly.

@SmokeyJay, BTW you are powerful enough to publish revisions 😉

Just do to the last revision (Revisions -> click on the date of the latest one). You should see a link “Publish” if a revision is pending moderation. Make sure you have compared revisions prior to publishing to make sure no unexpected updates are published and no sensitive info is accidentally removed.

At the Static Trap section, What do you mean with “Base amount of mines that can be simultaneously placed in the world is 1|1|2|3.”

@Braíndeadly, it means that on 1st and 2nd ability level you can place only one Trap, on the 3rd you can place two and lastly three when the ability is maxed out