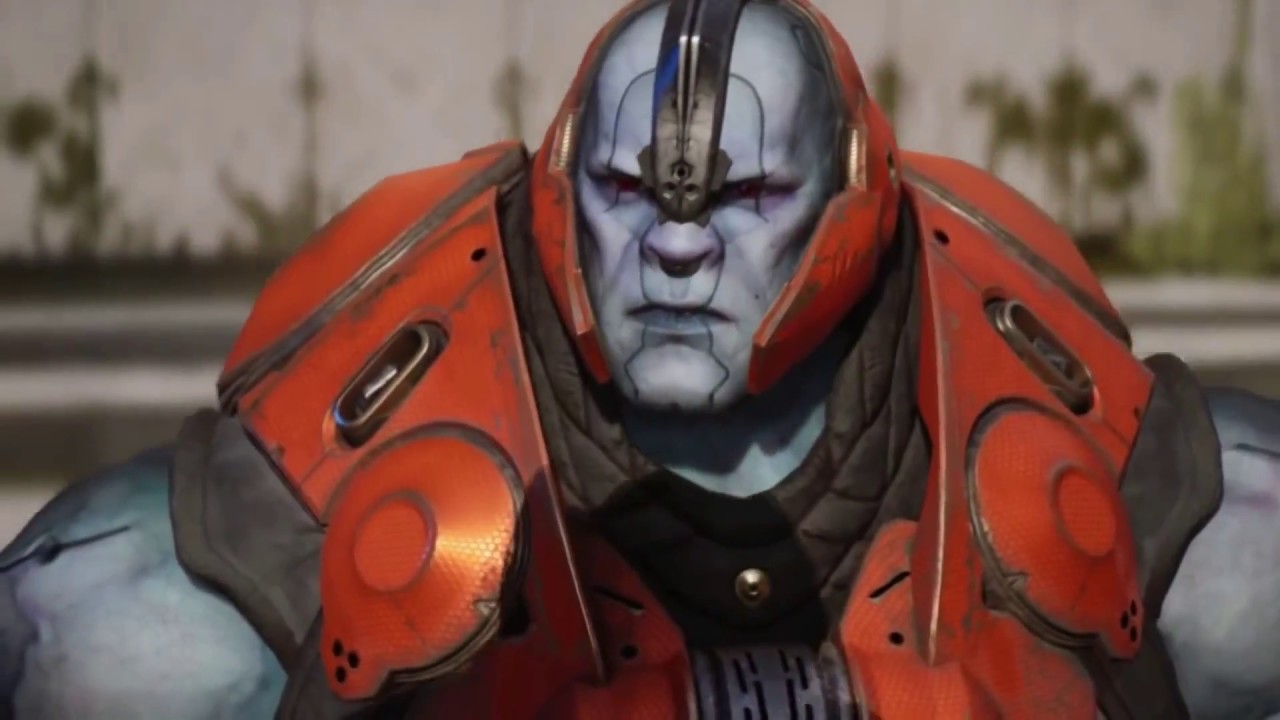 Paragon is a third-person multiplayer online battle arena video game. The maps featured in the game are asymmetrical, and bases are located at the two opposite ends of a map.[1] Players are tasked with defeating the enemy team and destroying the core in their base.[2] They can reach their opponents’ bases through the three lanes featured in each map. Each lane is protected by defensive towers that protect the bases by attacking any incoming enemies that stand within its range automatically.[1] The lanes are surrounded by jungles. Inside the jungle, players can find additional resources for their teams, at the risk of encountering monsters. There are also shadow pads which temporarily turn players invisible while inside.(these have since been removed and replaced with fog walls which cannot be seen through by anyone regardless of position)