Terra is a fearless and unyielding warrior that charges into battle and fights for justice.
After hearing news that her adopted father had been killed Terra set out on a new quest — to hunt down the evil creature known as Countess and end her reign of terror.

Deafening Command creates a powerful shockwave that deals damage and stuns all enemies around Terra. A well-timed Deafening Command can easily devastate a team-fight. There is a small wind-up, so keep that in mind when trying to lock your enemies down.

Ruthless Assault is a powerful flourish that strikes all enemies around Terra before delivering an additional attack in front of her. Chaining Deafening Command and Ruthless Assault will deal massive damage allowing you to carve through your enemies.

Counter Guard will raise Terra's shield allowing her to deflect the next instance of damage. Once deflected Terra will gain a shield based on how much damage she absorbed. Counter guard will deflect any attack and if time correctly can get you out of dangerous situations. Keep in mind it is any instance of damage so time it right or you may deflect the wrong ability.

And finally your ultimate is Unstoppable Force. Terra's helmet slams down, her armor begins radiating light, and she gains a shield. While active Terra also gains unstoppable making her immune to all crowd control effects. Your ultimate is game-changing as it allows you to tank more damage and literally makes you an unstoppable force. Terra's ability to become immune to crowd control can cripple the enemy's plans and shift the tide of battle in your favor. Unstoppable Force allows Terra to navigate fights freely and is most effective when the enemy is doing everything they can to lock down your allies. And when paired with counter guard Terra is a force to be reckoned with.

Charge into battle and carve your way to glory as Terra.

Terra raises her shield, guarding for a brief moment. If Terra takes damage while she is guarding, the damage is deflected and turned into a Shield for a short period of time. The size of the Shield efect is determined by a percentage of unmitigated damage that was deflected.

Terra spins striking all enemies around her before finishing the spin with an additional forward slash dealing Ability Damage.

Terra slams her axe into her shield creating a shockwave that deals Ability Damage and applies Stun for a short period of time to all enemies in a radius around her.

Terra’s helmet smashes down as granting her a Shield effect and Unstoppable (Immunity to Crowd Control) over the duration of the Ultimate. 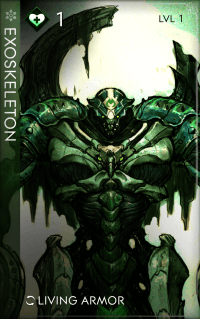 Exoskeleton is a good starting card to mitigate poking damage. Terra can use it if starting in the Solo Lane.

Blitzrush will mitigate lack of gap-closing capabilities for Terra. Will require some investments into intellect though.

When playing Terra in the Jungle you need an ability to set up ganks. Veil Stepper is made for this. 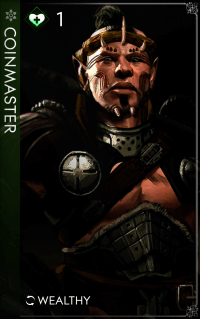 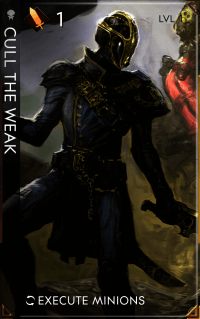 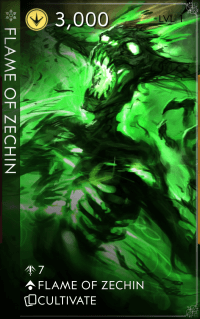 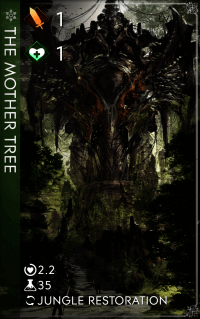 Tips and Tricks with Terra

Your Counter Guard deflects not only damage, but also effects applied by that hit. E.g. blocking the Right Crunch will ignore both damage and Slow effect.

Read more about how to counter Terra and what heroes work well or countered by her.