Wukong and Feng Mao used to be traveling companions. When Wukong became too annoying Feng trapped him in a cave and left. A hundred years later Wukong is free and on his way to Agora to resume annoying Feng Mao.

Wukong is a deadly and elusive melee carry capable of farming faster than any other hero.

Control Aggression allows the Monkey King to swap between offensive and evasive stance. Wukong's abilities will have different effects depending on which stance he's in. Control Aggression also comes with a passive component giving a small chance that enemy minions will look visually distinct. If Wukong last-hits these minions while in his offensive stance he will gain bonus Card Power. Landing the killing blow in his evasive stance will grant him health.

Cloudwalker grants the Monkey King a double jump. In the offensive stance the double jump will end with Wukong slamming his staff into the ground dealing damage and slowing enemies in AoE. In his evasive stance Cloudwalker will allow Wukong to walk on air after his double jump. This mobility tool is great for navigating team-fights or traversing terrain.

And finally your ultimate is 84,000 Hairs. Any time the Monkey King strikes a minion, Hero or structure he will create a clone of himself. This clone can not move and deals damage around the clone based on a percent of Wukong's damage. 84,000 Hairs allows Wukong to very quickly cut through his enemies and when paired with Control Aggression Wukong can farm faster than anyone else.

Engage fights with precision and patience. If you try to take on too many enemies at once even your clones won't be able to save you.

Tear through your enemies as a legendary Monkey King Wukong.

Wukong is a carry with a very versatile set of abilities. The idea is similar to Crunch where one of his abilities modifies the other ones. But in Wukong this mindset is even more advanced. With one of the abilities you switch between two sets of abilities making the Monkey King two heroes in one.

This attack is what defines damage done by Wukong's ultimate 84,000 Hairs.

The ability can be used for peeling or pushing your enemy into let's say your Tower's range. If you are experienced with playing Murdock then you find this ability similar to his Buckshot. Staff of Legend has enough AoE to push multiple enemies at once.

Staff of Legend will help Wukong to dodge abilities and skill-shots, traverse terrain and escape. If you played Dekker you will find it very similar to her Rocket Boots. When activated this ability ignores any applied Slow effects and like Boots it can be used while airborne.

General note. Staff of Legend is Wukong's primary escape tool. Benefits from using it offensively are pretty rare and in most cases don't worth spending your cooldown. Keep it ready when planning your strike and as soon as you want to escape trigger Control Aggression and jump away.

Wukong can jump a second time with an ability cooldown.

Engaging an enemy with Cloudwalker will limit their movement and help you stick to the target. Slow effect will ensure your Clones make more hits since your opponent will most likely remain in their attack range longer.

During a fight evasive Cloudwalker will work close to Ascend of Serath. Wukong will be able to get out of enemy's sight and re-position himself while being unreachable by melee Heroes.

Keep in mind though that Wukong can still be rooted or stunned while walking on air. Somebody like Phase with her Energy Lance can still lock you down if expecting you to double jump and aiming well.

This is what makes Wukong unique. Switching the ability makes him very versatile and opens a lot of ways to play this hero.

Passive: Upon connecting with a Basic Attack, Wukong passively creates an immobile clone which attacks all targets within melee range.

Clones deal a percent of Wukong's Basic Attack damage per attack, and will disappear after a short period of time or 3 attacks

Passive. 84,000 Hairs is a passive ultimate. I.e. it does not require to be activated. Clones are created any time a basic attack is landed and expire over time. Consecutive attacks to the same target will create separate clones.

How clones work. The way clones work and proc different effects on cards is not the most obvious thing in the game. So below is a list of examples:

Wukong is a hero dealing his damage mostly with basic attacks. Of course he has some damaging abilities but they are mostly designed to re-position enemies to allow Wukong deal more damage with his basic attacks and clones.

For this reason his primary focus is on Power. Next comes Critical strike chance and Crit itself. After that goes attack speed. And lastly Lifesteal. 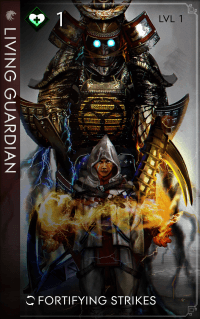 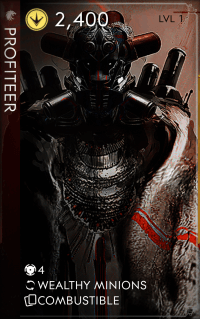 Role. Wukong has a great potential for split-push. His ultimate gives him an insane wave-clear potential for 0 Mana cost. Since it is too few time passed since his release he can be found playing in the Jungle, Off- and Safe-lanes. However the Jungle is pretty much not his role unless your entire team agrees with having a jungler with no lock-down and gank potential. It is viable but in very limited cases.

His full potential is revealed when playing in the Off-Lane. Early game Wukong will have to play in his evasive stance nearly 100% of time. The main goals are:

When you hit level 5 then protecting the tower becomes a piece of cake. Your clones do the job of cleaning the minions while you are in a safe position out of enemy's range.

With your ultimate up you have a spike in your wave-clear and can plan pushes to your opponents. When your lane is pushed enough make sure you clear the off-lane Jungle camps to take CXP lead over any other hero. Always remember about placing wards to gain vision during your split-pushes. This will help you understand when it's the right time to pull back.

You should always make your enemy team think of their lanes. Wukong if left untouched for a minute can bring down a tower... or two.

Coordinate with your teammates and approach Raptors on cooldown. With your ultimate it's a very quick task.

Basically the same as above. Wukong is not a big hitter during a team-fight if enemies has an opportunity to move away from your clones. In this case the best you can do is to make sure your opponents can not group as five. Or they could but for the cost of a tower brought down by Wukong on some other lane.

Remember, playing Wukong you are extremely vulnerable against CC + burst and being a melee Hero you should approach any team-fight very cautiously.

However if you manage to dive in when the enemy is limited in movement, then you can deal a ton of damage with your clones. A well-timed Cloudwalker in the offensive stance can help you to stick to targets and will convince your enemy to stay longer in their range.

Tips and Tricks with Wukong

Wukong plays very well on his own as far as constant pressure is concerned. He can clear camps, waves and objectives in seconds. In team-fights he works very well against a target that can't move away from his clones. Therefore search for a synergy with Stuns, Roots and AoE Slow.

Wukong can deal an insane damage in an area thanks to his clones. With Phase's link and Hyperflux he can create a ton of clones in a bling of an eye and be pulled in from the destroyed inhibitor before it's getting too hot.

Sevarog's Subjugate is a perfect tool to keep an enemy in the range of Wukong's clones. Especially if Colossal Blow is used beforehand to isolate the target. Wukong can also add his offensive Cloudwalker to make Slow even harder.

Wukong was overperforming since the Dawn release. His win rate was flat at about 61% and his pick rate was above 30% which is also quite high. In 42.3 he is becoming more squishy, a bit less elusive and his basic attacks now scale slightly slower with the Hero level. His farming passive was nerfed as well.