Yin is a melee Carry who uses her whip and powerful wind magic to dispatch her enemies. Though she and Aurora came from a life of crime Yin rose to the rank of first guardian of her City.

Focus on buying cards that increase your power and critical strike chance.

Windburn allows Yin to focus her wind magic increasing her attack range and dealing 100% cleave damage to all enemies in a straight line. Windburn will let you crack down on your enemies, so make sure to position yourself to cleave as many targets as possible.

Lash Kick allows you to target and ally, enemy or minion and immediately jump to that target. Lash trick make you very unpredictable and elusive. You can use it to take down a target or to hop to an ally to escape.

Backlash will deflect all incoming enemy projectiles back to where they came from. Consider saving Backlash to deflect a key enemy ability.

And finally your ultimate is Quelling Gale. Quelling Gale allows Yin to manipulate the wind around her creating a vortex that slows all incoming enemy projectiles. And when paired with Backlash you can set up some game altering plays.

Yin has a variety of tools that reward precision play. When approaching a fight focus in on your enemies and use your ability to control the fight. When playing Yin timing is everything. Using an ability too soon or too late could end in your death. Remain focused and manipulate the wind to overtake your enemies .

An uncommon basic attack for a melee Hero. Unlike the others Yin has range indicator which is around two times smaller than the one of ranged Heroes. Can be modified with Windburn (see below). Whip Crack is one of the only two Yin's abilities dealing damage.

Alternate Ability. Yin cracks her whip, creating a sphere of pressure around her for 0.5 seconds. If enemy projectiles hit the sphere, they are reflected back toward the enemy who fired them.

Remember, Basic Attacks are projectiles as well as many abilities. Backlash requires perfect timing for activation to reflect incoming damage so you have to listen carefully for audio ques. The mindset for using Backlash is pretty similar to the one for Deflector Shield with GRIM.exe. Be always ready to press the button. The only obvious difference is that Yin can use her ability offensively but only for projectiles while Grim can only defense himself but from any ability.

Similar "mindset" means that you can do all that type of tricks with Yin like with Grim:

Primary Ability. Yin swings her whip to pull herself to a target, jumps off of their head for Ability Damage, then lands in the direction of her choice. This can be performed on Allies, Minions, and Enemies.

Don't mix it with Riktor's Riplash. Though it seems to be pretty the same, Lash Kick works and targets differently. Where Riktor displaces an enemy to himself Yin does vice versa. It has some similarity to Shadow Slip of Countess with pretty much similar range of effect. You can do engage with Lash Kick and you can try escaping in a similar way as Countess does - target a minion and dash to it. Note that after you pull yourself to your target you will make a jump that will help you to escape even better.

Secondary Ability. Yin extends her whip, increasing the range of her basic attack and gains 100% Cleave for a short period of time.

Imagine Crunch doing his empowered and maxed out Left Crunch for a short period of time but ranged and with narrower width. It will be Windburn.

Windburn is the most used Yin's ability. Early game it ensures fast wave clear while late game it will help you do devastating damage to a grouped enemy and increase your survivability if combined with Lifesteal.

When doing minions make sure you activate Windburn when the wave is perfectly lined up so that you hit the maximum possible number of minions with each Basic Attack.

Ultimate Ability. Yin surrounds herself in gale winds, displacing all enemies within range. For a short period of time after, the AOE will apply Slow to enemies. Projectiles that travel through it are halted. Has a radius of 500 units.

The official description is a little confusing here. Slow is being applied to any enemy target (Hero or Minion) in AOE of Quelling Gale. With this effect alone this ability is similar to Dekker's Slow Bubble or let's say non-damaging Gadget's Seek & Destroy. And therefore its utility can be pretty much the same - preventing enemies from going through certain points in the map (e.g. narrow places in the Jungle), disrupting initiation or a potential escape. However there is a big difference from the two abilities mentioned above Yin can't cast Quelling Gale remotely as both Dekker or Gadget can.

Except of Slow Quelling Gale does 2 other very important things: a displace and a slow-mo of projectiles. Combined this makes a very powerful ability of initiation and splitting enemy team into two pieces not able to help one another. It requires very precise timing of execution but in return it may give you a team-fight of a dream. On the other hand Quelling Gale can do nothing with AoE abilities impacting team-fights like Tesla Dome, Make it Rain or Black Hole. Though for the latter there is an exception. If Gideon was not high enough from the ground while activating the Hole the Quelling Gale will disrupt it with its displace.

Here is how the displace works on Quelling Gale. The effect looks pretty similar to what GRIM.exe does with his Displacement Blast.

One more thing about this Ultimate. You may think of it like if it was Steel's Force Shield since it will "block" incoming projectiles and Slows enemies.

And one more thing about this ultimate. It can halt Reckoning from Revenant. See it in a video.

Madstone Gem - an Early and Mid game throw-away card to unlock equipment cards bonuses and get maximum from your Card Points. 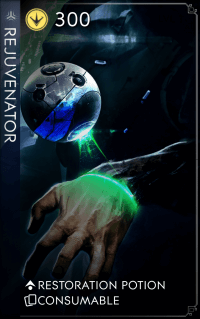 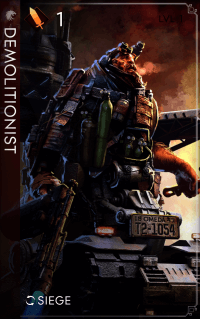 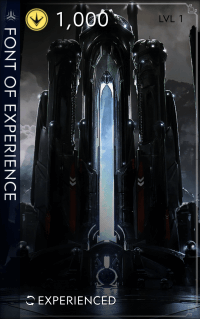 Yin's place is Safe or Mid Lane. This mostly depends on who you play against. Going Mid will be beneficial against a projectile-based midlaner like Howitzer while Safe Lane will obviously be a safer approach to put pressure and gain CP fast.

Playing Yin you need to be careful during the early game no matter what Lane you choose. If you prefer Safe Lane - ensure either you or your Support has a ward to avoid early ganks and put pressure on the Tier 1 enemy Tower. Your main goal will be to farm up to level 5 as quickly as possible and prevent the enemy offlaner from doing Jungle camps. Ideally he should not have any time to even recall to base without being substituted by his jungler or midlaner.

Ensure you activate your Windburn when enemy minions are perfectly lined up to maximize impact of 100% Cleave damage. Obviously take the Gold Buff on cooldown. Remember that the faster you get CP early game the more CP you'll be able to earn each minute during Mid and Late game.

If you prefer the Mid Lane then the idea is pretty similar but you will have to be even more careful. A ward is a must. Do your last-hitting stuff and ensure you prepare a good wave push towards an enemy tower right before the River Buff is about to spawn.

Once you have your Ultimate available the game is becoming safer for Yin. But still the main goal is to keep scaling up fast and transitioning int the late game. Since you are a damage dealer you will need to join team-fights however do not forget about farming. Do your jungle camps and look for an opportunity to pick off Raptors with your teammates.

When fighting keep your Lash Kick ready and what is more important - keep an eye on a minion or an ally you can jump to in order to escape. Use this ability aggressively only if you are 100% sure you are not going to be punished. When you dive in always have your Windburn activated,

You are a key to any team-fight in the Late Game. Yin has a lot of potential for making exceptional plays with her Backlash and Quelling Gale. When you go in you have to watch carefully for any incoming projectiles and reflect them. If you manage to engage your enemy in a narrow point (let's say in the Jungle or River) activate your Ultimate instantly and split opponents to deal with them one by one.

Tips and Tricks with Yin

In the deck you forgot Pressure Hunter